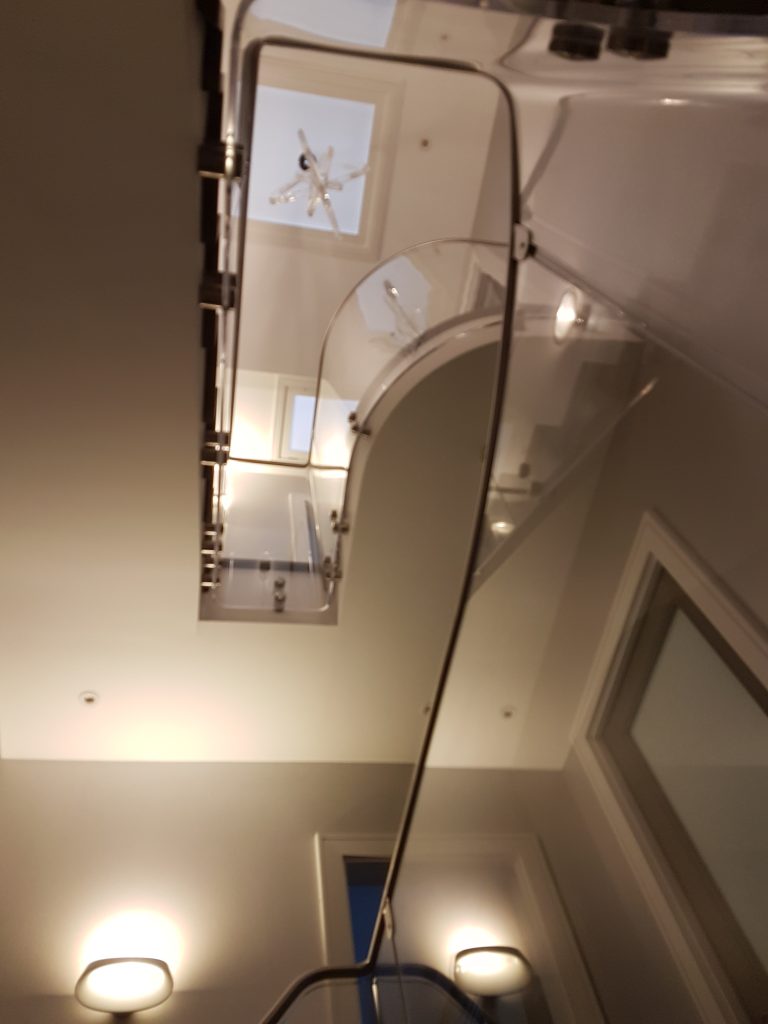 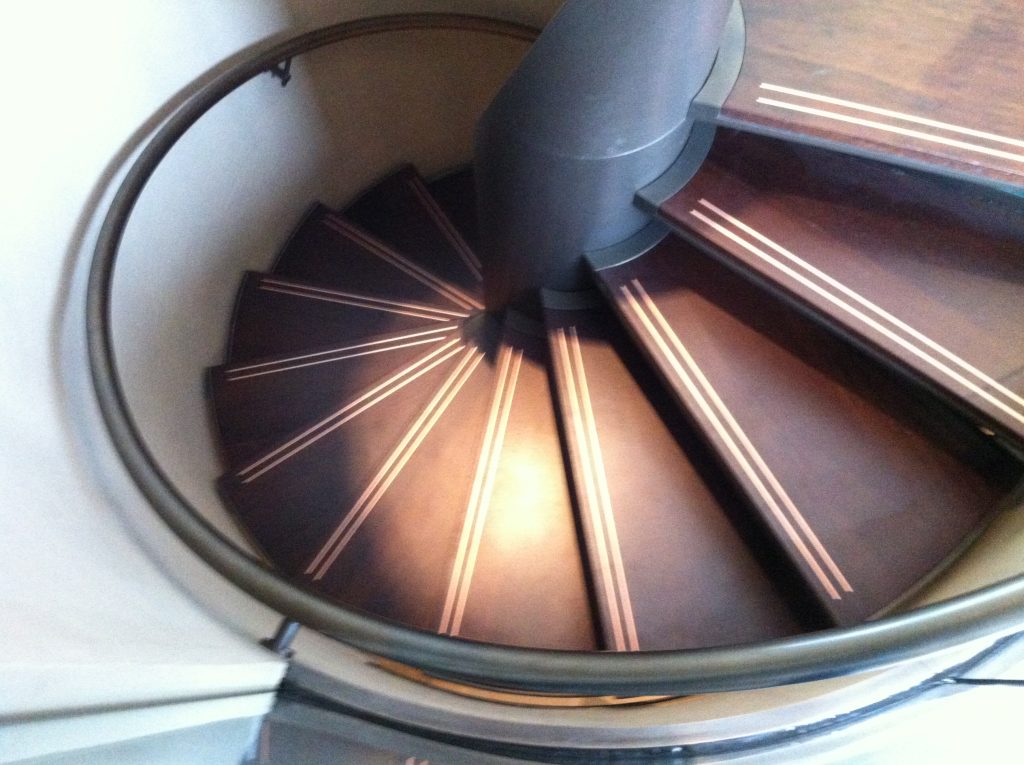 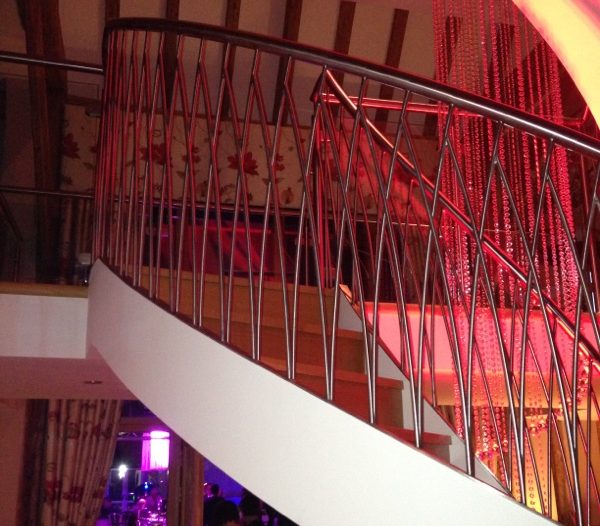 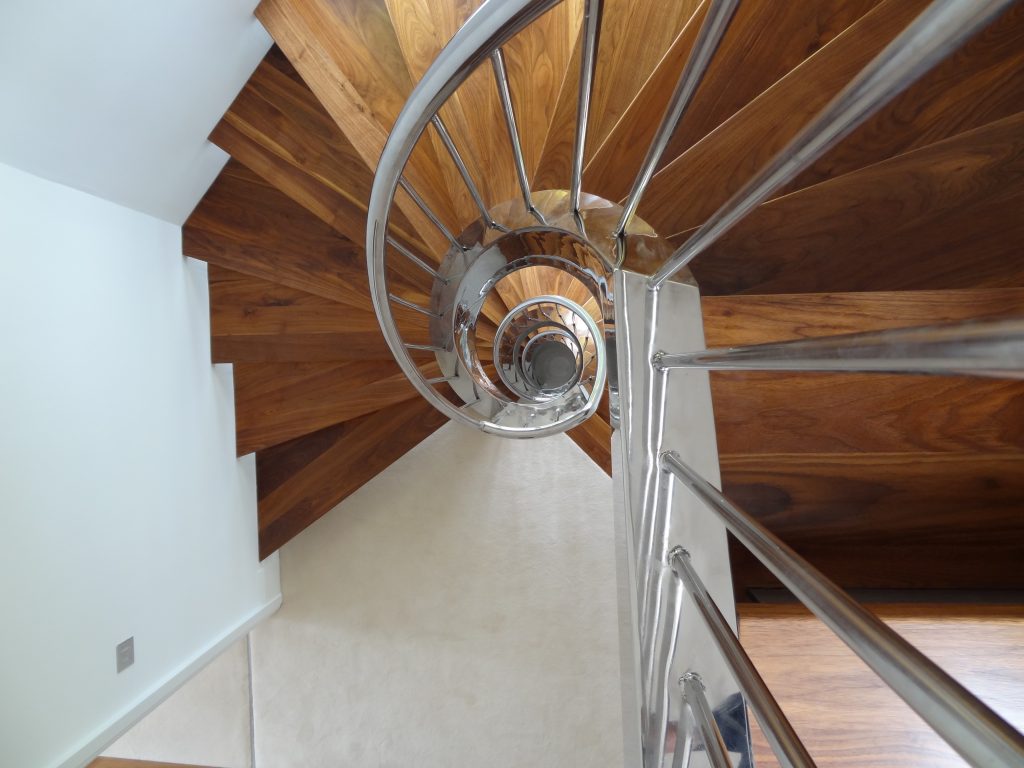 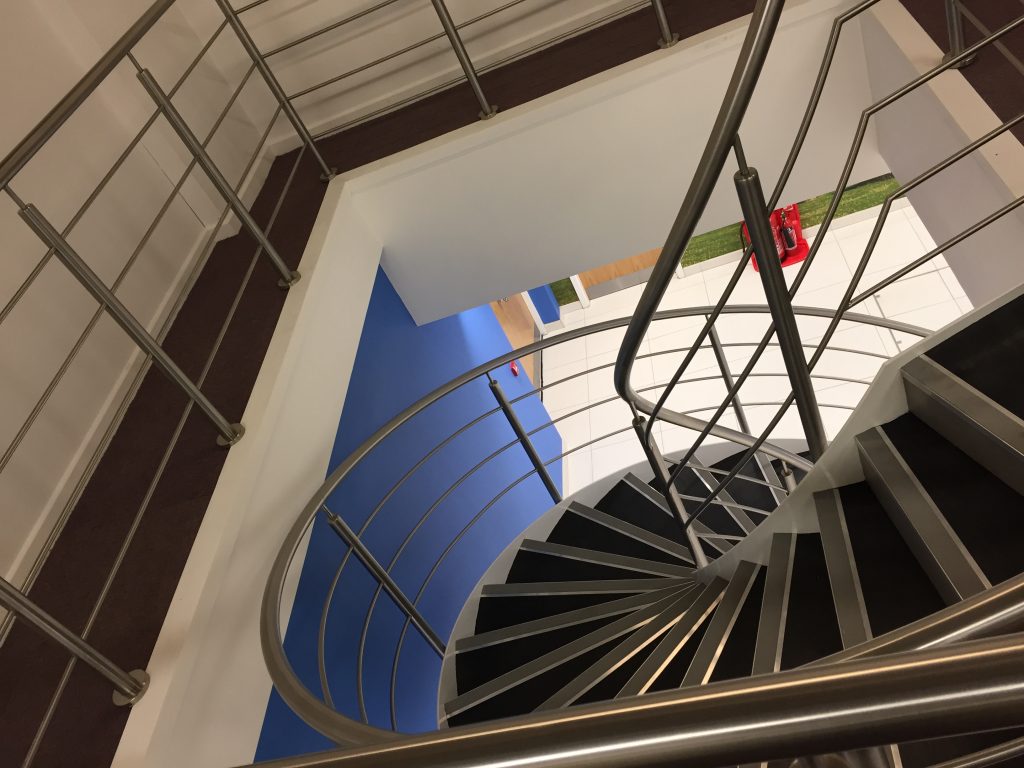 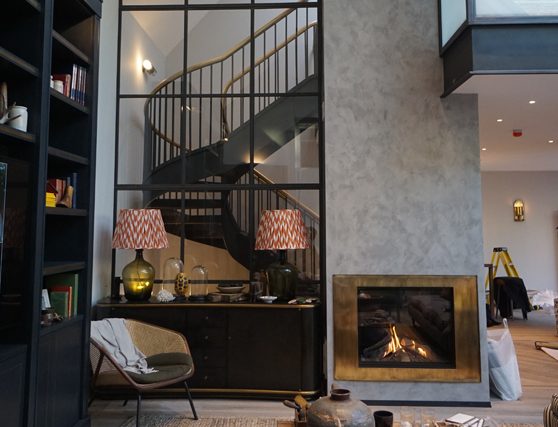 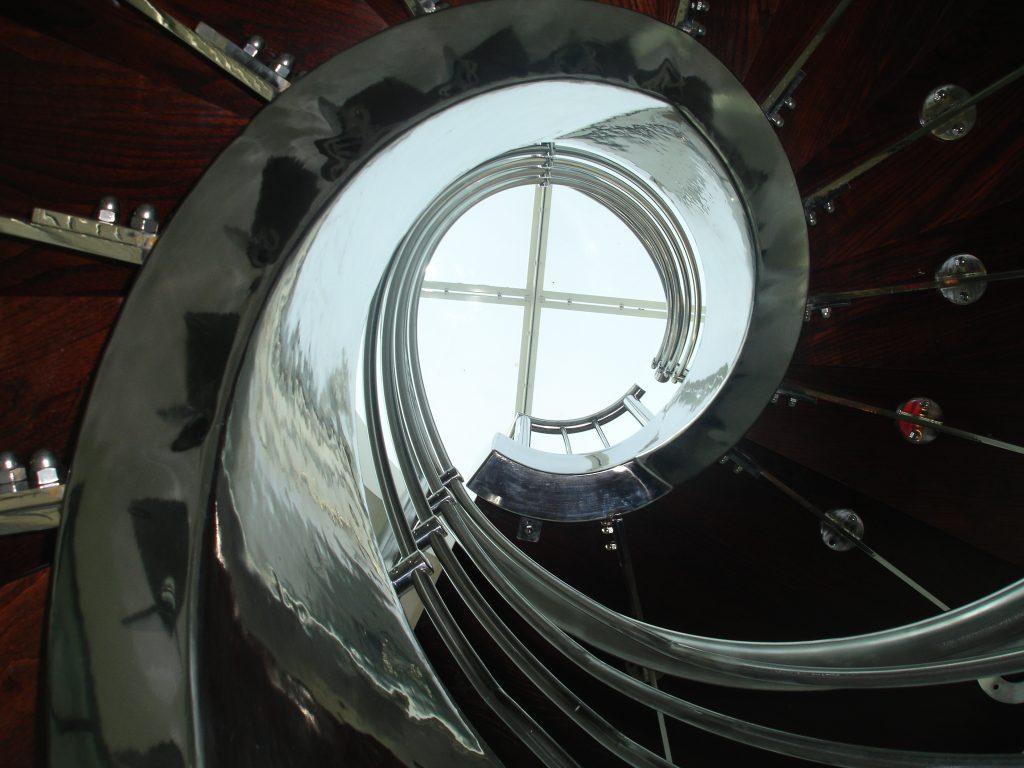 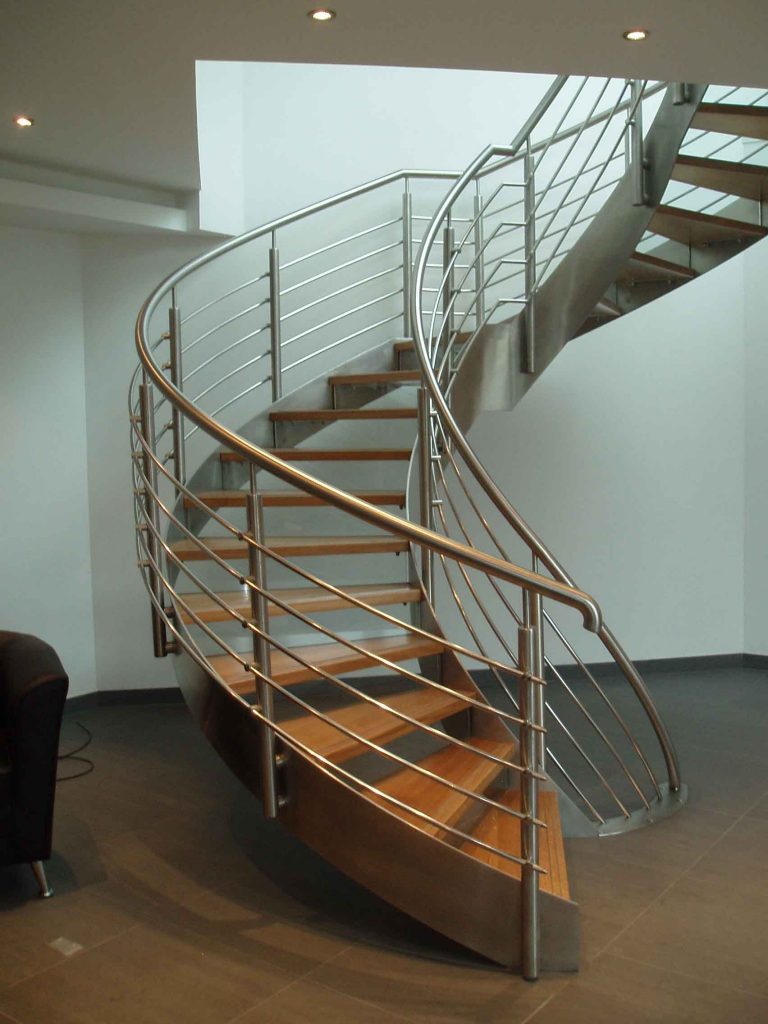 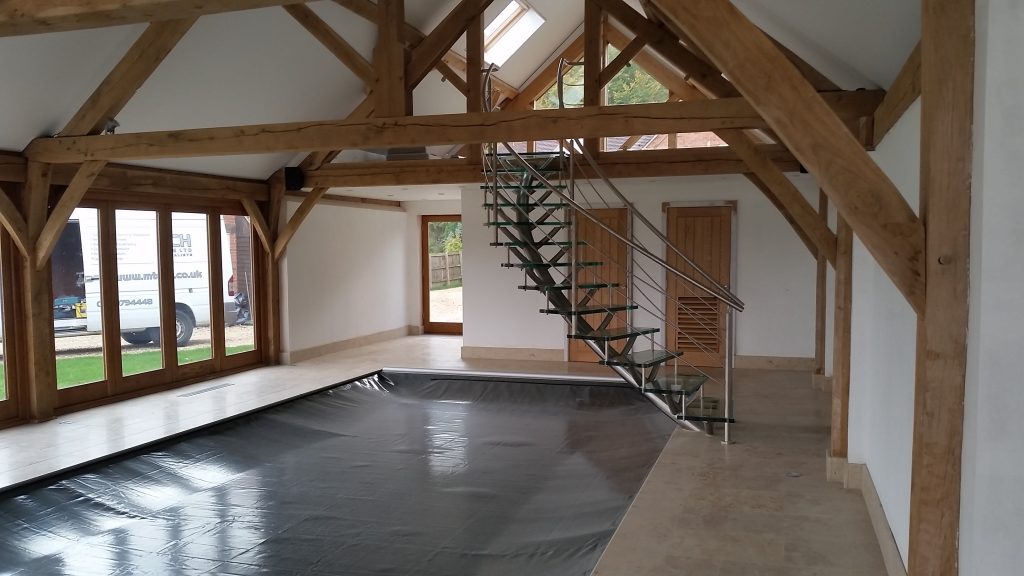 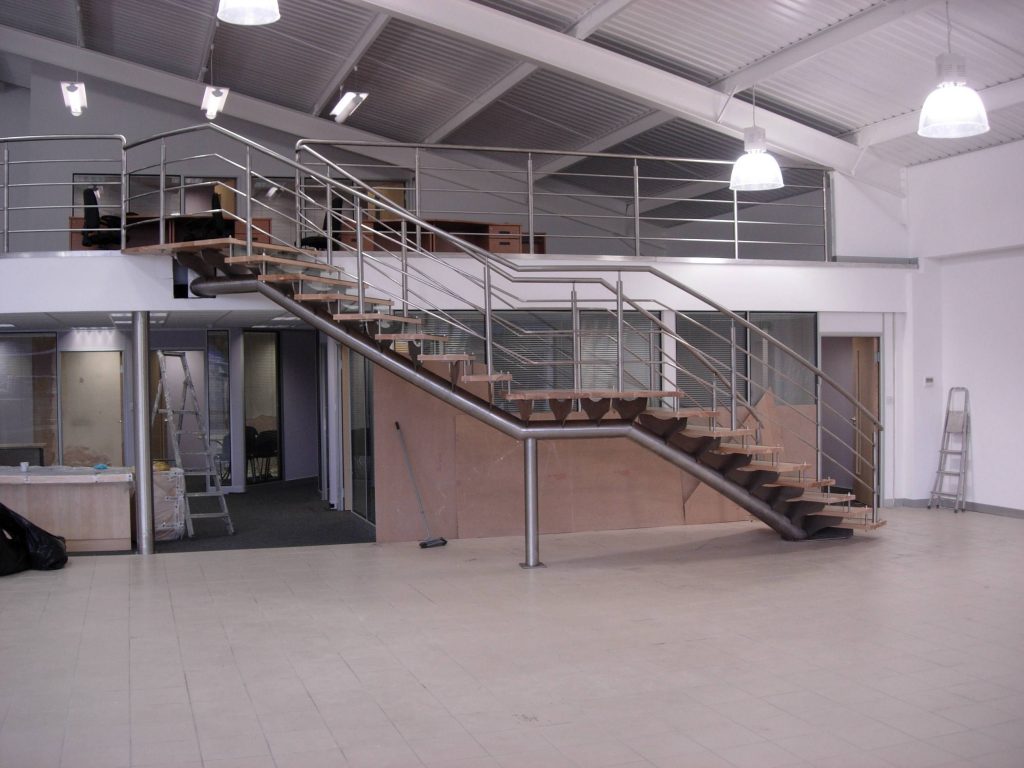 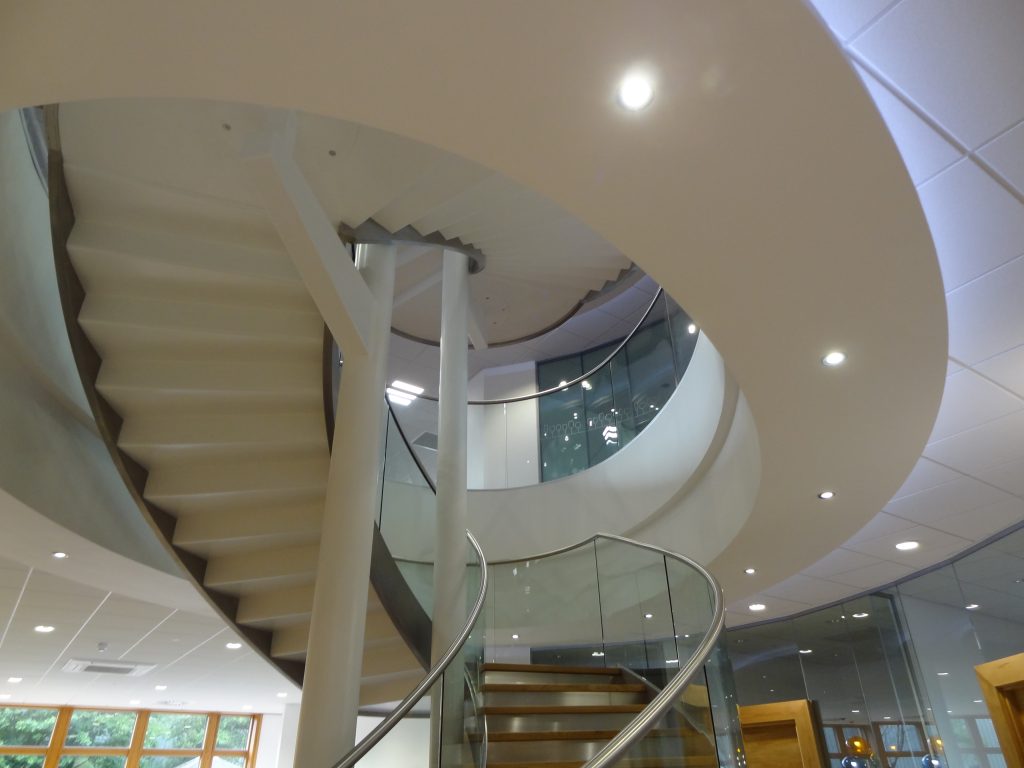 We often find there’s a misunderstanding of what makes spiral staircases and helical stairs. Given the vast majority of staircases are generally straight, many people refer to any set of stairs with a curve or winding steps as a simple spiral. But while helical and spiral staircases are similar, there are some key differences to look out for when identifying which is which.

The difference between helical and spiral staircases is actually fundamental and pretty easy to spot when you know what you’re looking for. At its most basic, a spiral staircase has a centre column supporting the treads. Helical staircases, meanwhile, are much more varied in shape and have no central column. In essence, if it has a void in the middle of the staircase, it’s helical (curved).

Spiral Stairs form a complete circle which is the diameter of the staircase.  This is generally between 1400-2000mm on domestic spirals and 2000mm + on commercial models.  The depths of each step are uniform and equal and the handrail normally runs around the perimeter.

Helical Staircases, sometimes known as ‘curved stairs’, often form a continuous “C” shape with a larger, consistent radius.  They can, however, be made to form an oval or elliptical shape configuration.

In terms of floor space – Spiral stairs tend to win this one, they’re monsters of efficiency and an extremely popular choice for getting between floors whilst saving a great deal of space.

Helical staircases tend to require a large space and a sizeable opening in the floor to accommodate them but are often designed to be the focal point in a room/reception.

Whilst both spiral and helical stairs have consistent riser heights and tread depths, a helical stair is certainly more easy to use as the tread depth at the tightest point is much greater.

Price is, of course, a big factor to consider and helical stairs are always going to be the more expensive option. Depending on the materials and size, a helical might be [ ] size times dearer than a spiral. Without that central column to support the treads, construction methods and grade of material required dramatically alter the cost.

However, if you’re after a real architectural feature for your home or business, a helical staircase provides the most striking of looks, especially if the design is a free-standing feature, away from the wall.